Humans are one step closer to Mars: SpaceX will test interplanetary spacecraft early next year

Humans are one step closer to Mars: SpaceX will test interplanetary spacecraft early next year 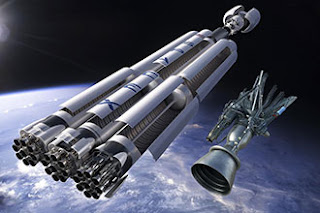 According to US technology media Teslarati, this year SpaceX has begun to develop Starship and Super Heavy. SpaceX CEO Musk posted a message on Twitter, revealing some details of the design changes. He also explained that March or April. It is expected to test the prototype of the interstellar spaceship. 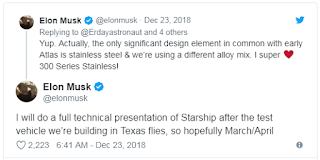 Teslarati pointed out that the Starship is quite important, it is part of the Big Falcon Rocket (BFR) system, and eventually humans may have to rely on BFR to go to Mars.

SpaceX is currently building a starship at the Texas launch site and is expected to test it in March or April next year. From the news revealed by Musk, SpaceX's testing work has been accelerated. This is good news. Musk himself said "a lot faster than expected." Judging from Musk's words, the prototype of a full-size starship (or something similar) could be launched in the first quarter of 2019 as soon as possible.

In September 2018, SpaceX president and chief operating officer Gwynne Shotwell said that the prototype BFS might be tested for jumps at the end of 2019. Later BFS changed its name to Starship. Now Musk gives the time in March or April 2019, a lot ahead of time.

It is really unbelievable to advance the time by 9 months without making a technical compromise. Some photos have recently appeared on the Internet, taken from the SpaceX Boca Chica launch site, and the photos suggest that SpaceX is assembling components related to the Starship. The prototype of the Starship will be equipped with a super powerful Raptor engine, and a jump test will be introduced in three months. The huge metal devices appearing in the photo will definitely participate in the test. What is computer security and what does it do An introduction to the logic operations of the Microcontrollers accumulator A